ADVANTAGES OF AN UNCONTESTED DIVORCE

What is an Uncontested Divorce?

When spouses agree on the terms and conditions of their divorce, instead of litigating (fighting), the divorce becomes easier, moves more smoothly and costs much less. This is what defines an uncontested divorce.

Experience demonstrates that spouses who actively settle their divorce are most likely to sidestep added heartache, time, and expense, especially when they do it on their own.

Whether choosing to resolve your divorce on your own or hire a lawyer to file for you, an uncontested divorce is cheaper and moves more rapidly than a contested case because the court simply acts more administratively versus litigiously.

All 51 U.S. jurisdictions now offer no-fault divorce, which is the most common ground used for an uncontested divorce. No-fault means the spouse who wants to end the marriage (often called the petitioner) no longer has to prove fault, or that the other spouse (often called the respondent) did something wrong.

California became the first to pass no-fault legislation in 1970; New York became the last by finally passing a no-fault law in 2010. Every jurisdiction has its own rules regarding no-fault divorce.

Seventeen states and the District of Columbia are true no-fault states. In these jurisdictions, no-fault (irretrievable breakdown or irreconcilable differences) is the only ground for a divorce. These states, which include Wisconsin, Washington, Oregon, Nevada, Nebraska, Montana, Missouri, Minnesota, Michigan, Kentucky, Kansas, Iowa, Indiana, Hawaii, Florida, Colorado and California, offer no traditional fault grounds, such as adultery, abandonment or cruelty. The other states offer fault as well as no-fault divorce grounds. 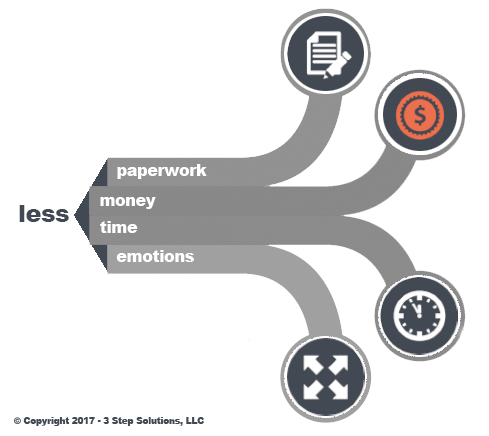 Who Can File an Uncontested Divorce?

Spouses who agree to resolve issues surrounding the divorce and are willing to sign the paperwork can easily file for an uncontested divorce.

divorce divorces are unilateral, which means that one spouse initiates the action against the wishes of the other. When the other spouse realizes and accepts that the marriage is over -- that is, when he or she is at the same emotional state as the other -- proceeding down the path of filing an uncontested divorce is the ideal choice.

Even where attorneys are involved in preparing the paperwork or helping with limited negotiations, the fees can be kept lower because the couple reaches an agreement without extensive back and forth negotiation. Filing an uncontested divorce warrants the cheapest, smoothest, and fastest progression through the courts, which is why many people opt to file for this type of divorce themselves (without a lawyer).

Saves Money by Reaching an Agreement

Personal negotiation between both spouses is the least expensive way of reaching an agreement. If you and your spouse have been separated for a long period and there is nothing to settle or negotiate, even better.

Some couples who want to avoid litigation but need help reaching an agreement turn to a neutral third party for professional help. This neutral party is called a mediator. Mediators cannot force an agreement, but they can help the parties find common ground to reach one.

When the spouses cannot agree, they may choose to turn the case over to respective lawyers, who negotiate with each other on their client's behalf. Lawyers typically bill by the hour and negotiation through a lawyer can quickly become very expensive. If a lawyer is needed, all divorcing spouses should steer clear of the gladiator divorce lawyer and excess legal fees.

The Divorce Paperwork is Less Difficult

There is much less paperwork to be prepared and filed in an uncontested divorce.

Uncontested divorces normally involve only 8-12 prepared documents. These documents are normally filed in the county of residence, but each state has it is own rules to be eligible to file. In all cases, however, the action begins with the document called the Petition (or Complaint), which formally requests the court for the divorce, identifies the parties and states the grounds. This document also informs the non-filing spouse that the divorce has been filed.

Courts strive to make the uncontested divorce filing procedure as simple as possible, which is why filing a divorce without a lawyer has become so common. In the past, the challenge was to prepare, organize, and file the documents properly, but with solutions like 3StepDivorceTM, this challenge has been eliminated. Filing your own divorce is easier and faster than it has ever been. Over the past 15 years, courts and lawyers have embraced the "filing yourself" process to promote uncontested divorce filings, which helps alleviate the heavy caseloads that slow down the court system.

In many jurisdictions, an uncontested divorce can be granted as early as 30 days from the time of filing. However, it really depends on how busy the courthouse is and any mandatory waiting periods.

After the non-filing spouse receives the divorce papers, he or she can file a response, or default. In either event, the divorce now moves through the system, unobstructed by disagreements. Uncontested divorces take less time than contested actions because issues of contention like, but not limited to: alimony, custody, property division -- require discovery and hearings. An uncontested divorce where both parties sign a Marital Settlement Agreement is the fastest and cleanest method to get a divorce.

A "do-it-yourself" uncontested divorce also provides greater privacy and control to the spouses. The parties negotiate their issues privately and prepare and file their own papers. Self-filers who wish to share as little information with others as possible choose 3StepDivorceTM. 3StepDivorceTM is software driven, which eliminates third party data entry.

Also, uncontested divorces where both parties participate often do not require any court hearing (this is never guaranteed, because it is always up to a judge).

Lessens the Emotional Impact of the Divorce

Spouses tend to remain civil in an uncontested divorce because the intense conflict that comes with contested actions, the parties resolve issues with far less anger. A civil end to a marriage is very important when the divorced spouses are parents. Though they are divorced, the spouses remain parents for life, which means their relationship does not end when the divorce is finalized.

An uncontested divorce reduces conflict, and can speed the emotional recovery time for everyone involved.

LEARN ABOUT "DO IT YOURSELF" DIVORCE IN YOUR STATE